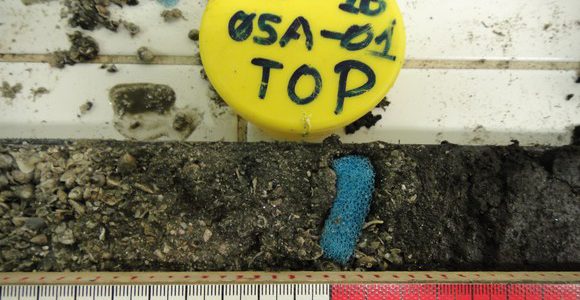 A meaningful reconstruction of past ecosystem variability strongly and critically depends on the quality of palaeo-archives where the information is contained, and on its correct interpretation, which is limited by the tools in paleoecology: the proxies. These are indirect measurable descriptors of desired environmental variables (but unobservable and unmeasurable) contained in the archives to which they are assumed to be related. Proxies can be based on physical, chemical, isotopic or biological features of the biogeochemical archive. In reality, most proxies respond concurrently to many variables, although two or three of these will usually predominate; these predominant variables also often have interacting effects. The use of a single proxy is inherently plagued by uncertainties, as it is multi-variate function of several environmental variables deriving into unambiguous establishment of cause-and-effect and calibration. Multi-proxy studies may give greater insight, the use of multiple paleo-proxies is a powerful approach very common in current paleo-environmental reconstructions So, multi-proxy techniques do provide a more reliable information, although gaps in our knowledge of the relationships of proxies to environmental factors are weaknesses that should not be ignored.

One example of proxy are the stable isotope ratios. They have become widely used for palaeoenvironmental studies. Stable isotopic composition varies substantially between different compartiments because of isotopic fractionation in chemical, physical and metabolic procesess. The relative isotopic abundance of an animal or plant tissue, or of biogenic carbonates (shells) can be related, using theoretical knowledge of the fractionation, to the biogeochemical conditions driving biological or geological processes occurring when those isotopes were incorporated. Isotopic composition is reported on a delta scale (δ) which indicates the deviation (in ‰) of the isotopic composition of a sample from an internationally accepted standard. The carbon isotopic composition (δ13C) provides integrative information about a wide range of physiological and geochemical processes. There are two stable carbon isotopes, 12C and 13C. The activity of the enzymes RUBISCO and PEP is responsible of isotopic discriminitation against the heavy carbon isotope (13C) during carboxylation process, but in different proportions depending on the metabolic pathway (C3 or C4 plants). This is the reason why 13C content in plants is usually lower than the atmospheric CO2 they assimilate and why C3 and C4 plants have δ13C values that differ significantly.

Hence, the interest in using stable isotopes of P. oceanica for environmental studies lies in the fact that the environmental variability modifies the plant biology, changing in a predictable way the isotopic ratios of the plant tissues.

Seagrasses show substantial variability in δ13C values, the average value ranging between -10 and -11%. Carbon stable isotopic ratios in the seagrasses are affected by environmental variability: hydrological conditions, C source for photosynthesis, CO2 (or bicarbonate) availability, irradiance, temperature, etc. Positive correlations between irradiance and δ13C in C4 and C3 plants have been observed, including for P. oceanica. A higher irradiance causes a higher photosynthetic demand, which increses plant net productivity. This creates a lower carbon availability relative to lower irradiance conditions, resulting in the incorporation of a higher proportion of the heavy isotope 13C by the enzymes (less discrimination/fractionation). The tissues of the plant are therefore said to become enriched in 13C and the δ13C values increase (or become less negative). The δ13C could therefore be used as a proxy for irradiance and primary production of P. oceanica, allowing reconstructions of environmentally-related changes in plant productivity.

Fig.1. Conceptual outline of the palaeo-ecological reconstruction strategy used. Once a proxy that describes the relationship between environmental (e.g. irradiance) and biotic components (e.g. δ13C of P.oceanica sheaths) of the ecosystem is identified and calibrated, this relationship can be reconstructed from the changes of the proxy in the paleo-archive.

Melita Mokos is a marine biologist, PhD, working as a postdoc…

The "blue carbon trip", one of the Life Blue Natura dissemination…